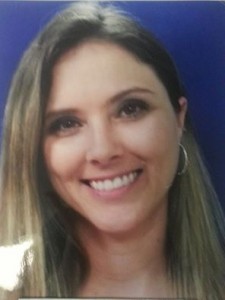 At sixteen, Tabitha met someone while working at a fast food restaurant. He introduced her to meth. She loved the high, and used a lot through high school. At nineteen she was pregnant and stopped doing meth during her pregnancy, but started back after giving birth to lose weight. By twenty, Tabitha discovered using meth intravenously would intensify her high. And so began her downfall.

Tabitha found heroin, and she found herself homeless. In Arkansas, she moved from couch to couch, but when she moved to San Francisco, she slept outside in cardboard boxes, in alleys and in jail. The drugs took her to lows she never thought possible. Tabitha recalls being kicked awake by a police officer after she had slept outside a restaurant. He gruffly told her to “get lost”. At one point Tabitha was sentenced to a rehabilitation center, but relapsed.

Once Tabitha returned to Arkansas she landed in drug court. “They didn’t have to give me another chance, but they did.” Tabitha managed by eating at the Next Step Dayroom and getting help from local churches, Community Services Clearing House, DHS and the Salvation Army. “It was sometimes challenging getting all the required documents and getting around to every place, but I was happy to be getting help.” Things were going well until she missed one of her drug court initiated appointments. “I was angry they sent me back to treatment!” But now she is grateful for the experience. She got clean and started rebuilding her life.

She applied for housing assistance before she was sent to rehab and “by the grace of God” when she left the rehabilitation center, six months later, housing was available. “I lived in the same apartment for five years. I was determined to create stability in my life.” And she did just that.

Today, Tabitha works as a counselor at Gateway House helping women get free from the type of life she was able to escape. “I remember feeling hopeless and thinking this was the way my life was going to be, so why even try?” Now she spends her days helping others find hope.